“‘Tempest for Eliza’ is a program that uses your computer monitor to send out AM radio signals. You can then hear computer generated music in your radio.

“All electronic devices send out eletromagnetic waves – so does your monitor, and your monitor does it all the time at very high frequencies. They are high enough for your shortwave AM radio. All you have to do is display the ‘correct’ image on your screen and your monitor will emit the ‘right’ signals.”

“‘What Is Web 2.0’ by Tim O’Reilly — Defining just what Web 2.0 means (the term was first coined at a conference brainstorming session between O’Reilly and MediaLive International, which also spawned the Web 2.0 Conference), still engenders much disagreement. Some decry it as a meaningless marketing buzzword, while others have accepted it as the new conventional wisdom. Tim O’Reilly attempts to clarify just what we meant by Web 2.0, digging into what it means to view the Web as a platform and which applications fall squarely under its purview, and which do not.” 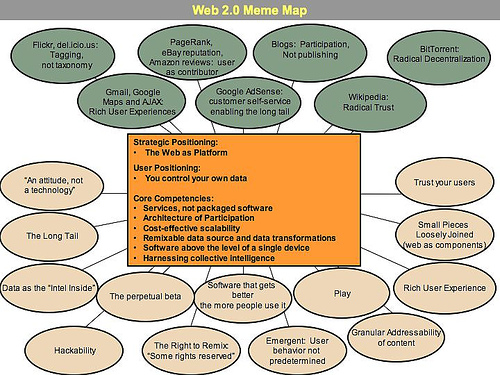 From [blog.forret.com] – Bold excursions into the outskirts of music & technology: 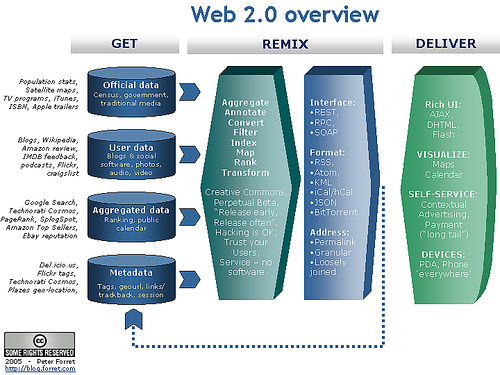 “A research project at the MIT Media Lab has a plan for getting $100 laptops in the hands of millions of people around the world. One notable feature is a hand crank for providing power in places where electricity is undependable or unavailable… The battery doubles as a handle and the shoulder strap is the power supply and plug.”

“Windows is broken and Microsoft has admitted it. In an unprecedented attempt to explain its Longhorn problems and how it abandoned its traditional way of working, the normally secretive software giant has given unparalleled access to The Wall Street Journal, even revealing how Vice President Jim Allchin, personally broke the bad news to Bill Gates.

“Allchin is co-head of the Platform Products and Services Division. ‘It’s not going to work,’ he told Gates in the chairman’s office, the paper reports. ‘[Longhorn] is so complex its writers will never be able to make it run properly.’ The reason: Microsoft engineers were building it just as they had always built software. Thousands of programmers each produced their own piece of computer code, to be stitched together into one sprawling program. But Longhorn/Vista was too complex: Microsoft needed to begin again, Allchin told Gates. Allchin’s warning recognised a growing threat from Google, Apple Computer, makers of Linux and corporate buyers – the latter horrified about security problems. Allchin and a small team demanded a revolution in how Microsoft works.”

“This is a simulation built with processing by Kevan Davis and Mario Lopez that simulates a zombie invasion in a city. You can adjust tons of factors, including population, soldiers, weapons, fighters, whether zombies can break through walls, and even drop bombs on the city.”

“How much confidence does SciFi Channel have in two of its three top shows? Enough to pretty much give them a go-ahead for a third season. Sources at SciFi Channel are reporting that SciFi has unofficially decided to award both “Battlestar Galactica” and “Stargate: Atlantis” third-season pickups…

“‘Battlestar Galactica’ aired for the first time on SciFi in January for an extended half-season run, quickly earning a second season after strong ratings that beat out even new episodes of “Star Trek: Enterprise” on UPN. The show is in the middle of its second season, still enjoying strong ratings despite some audience erosion seen across the board. It stars Edward James Olmos and Mary McDonnell, and has been critically-acclaimed in the mainstream media.” 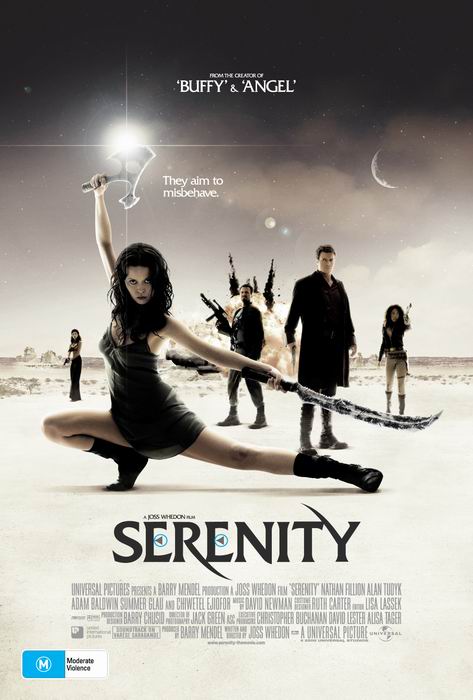