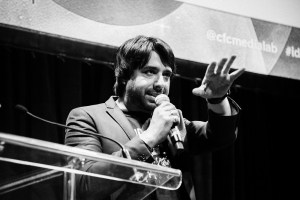 Toronto — As Jian Ghomeshi awaits the March 24 verdict in his sexual assault case, he has broken his silence with both fists. After hearing the evidence provided by New Brunswicker Lucy DeCoutere as well as two other alleged victims, the former CBC broadcaster is admitting some responsibility for the incidents in question. Ghomeshi says…