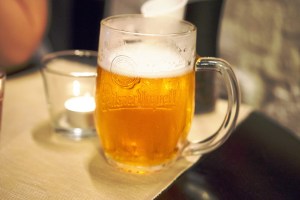 From Shawn on “The Manatee”: Beer found guilty of killing liver

Saint John — In a stunning verdict from a panel of medical professionals, beer has been found guilty of killing the liver of a well-known Saint John businessman, Ted Orignal. Initially, the cause of death was regarded as a mystery and all evidence of a killer considered to be circumstantial at best. However, a panel of…